As directed under new Ofsted guidance in September 2014, we at The Lancaster School take opportunities to actively promote British Values, defined by the government as the following:

Actively promoting also means challenging pupils, staff or parents expressing opinions contrary to fundamental British values, including ‘extremist’ views. At The Lancaster School values of tolerance and respect permeate all areas of school life. This engenders a climate within which pupils feel safe and secure and facilitates the fulfilment of potential. Pupil voice plays an integral part in driving the school forward and school rules at different levels are seen as the foundation upon which this can be achieved. The following are a selection of activities and external accreditations that are evidence of our commitment to British values. 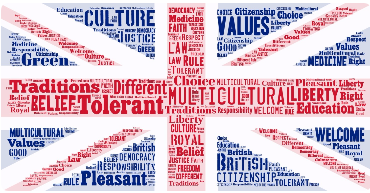 A broad and balanced curriculum that teaches elements of democracy, civic responsibility, rules and laws, the monarchy, equality, values and virtues, environmental awareness and understanding of other faiths.

Visits to different places of worship as part of the RE curriculum.

We encourage children to ask questions and discuss their views openly. During these sessions, teachers can challenge children to think more deeply about issues relating to fundamental British Values.

Children are taught about rights, respects and responsibilities.

Unfortunately not the ones with chocolate chips.

Some cookies are necessary in order to make this website function correctly. These are set by default and whilst you can block or delete them by changing your browser settings, some functionality such as being able to log in to the website will not work if you do this. The necessary cookies set on this website are as follows:

Cookies that are not necessary to make the website work, but which enable additional functionality, can also be set. By default these cookies are disabled, but you can choose to enable them below: